Hearing from colleagues: Gerd and Fernando look back on their career at Belnet

Belnet has 85 enthusiastic colleagues with a wide range of expertise and backgrounds. Some have just joined us, while others have a whole career behind them. For Incident Manager Fernando De Acetis and ICT System Manager Gerd Nicasie, the adventure at Belnet is gradually drawing to a close. Before they retire, we'll take a look back at their careers with them.

What was the course of your career before you joined Belnet?

Fernando: “I worked for large IT companies in the private sector for 33 years, where I held a variety of roles. Given the company I initially worked for kept being taken over by others, I actually kept working for the same company. My last employer before Belnet was HP.”

Gerd: “I worked for the American financial newspaper The Wall Street Journal in Brussels for 26 years. When I was recruited in 1981, I was one of their first members of staff. I started as a technician back then. IT was still in its infancy: computers were large ‘tanks’ that we had to repair with a soldering iron. I remember working on the very first PC from IBM, which had cost around 7,500 euros after currency conversion! I was also responsible for installations later on. My career took me to the newspaper's various branches all across Europe several times. When media magnate Rupert Murdoch took over the Wall Street Journal, he moved everything to London and the 60 members of staff in Brussels were collectively made redundant.”

How did you end up at Belnet?

Gerd: “After that, I was applying everywhere. I think my CV caught Belnet's interest because I was responsible for the data centre, the electricity, the UPS, generator, aircon and fire detection in my last role. At that point, Belnet was about to move to a new building on the Avenue Louise and my expertise in emergency power provision, electricity, etc., came in handy. I also worked on helping to build the data centre.”

Fernando: “In 2014, I decided to leave HP as I didn't feel comfortable with the corporate culture anymore. My plan was to get started as an independent consultant. My at some point I saw that Belnet was looking for an IT Service Manager and that vacancy piqued my interest. My first impression was highly positive and the conversations that followed during my application confirmed that impression. I thought it was pretty smart that a small organisation like Belnet wanted to structure and optimise its processes – that creates quality and professionalism. One day, I got a phone call from the HR person: I was the first person to be successful in the selection procedure and she wanted to know if I was still interested in starting. I decided to take on the challenge that put aside my plans to work independently. I've never regretted that choice.” 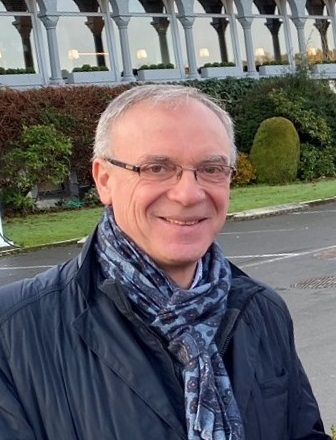 How have you seen your jobs evolve?

Fernando: “When I started at Belnet, there was no separate ITSM department. I was part of the Services team and was responsible for supervising the Service Desk and the existing processes around incident management by myself. In addition, I was immediately brought in to develop the Service Description document for a large-scale project. In 2017, Belnet decided to set up a separate ITSM unit. Our challenge was to further develop and professionalise the existing processes. Along the way, we set up a great many new processes, such as problem management and change management, and the ITSM unit has grown into a team of 8 colleagues and one external consultant. I'm proud to have contributed to the evolution and professionalisation of our processes.”

Gerd: “When I started in the ICT Logistics team, we had 4 colleagues. There was no real role distribution; everyone did different kinds of tasks. There are 7 colleagues now, and each has been given a more specific role. I myself have taken on responsibility for our CRM system and other applications. In the Platinum building, I was also responsible for managing the data centre: that included the fire protection, access control, the UPS and the generator. Everything is now far more interconnected than before and it also got a good deal more complex. Security is among our most major challenges at the moment.”

How would you describe the atmosphere at Belnet?

Fernando: “There is a lot of respect at Belnet and an ‘open-door policy’: at whatever level you find yourself in the hierarchy, you can always knock on management's door to share your ideas. The informal contact at all levels makes Belnet a real family organisation where everyone knows each other and uses their first names.”

Gerd: “Belnet is an organisation with great colleagues who are ready to help each other. I had to get used to Linux when I'd just started. That's no easy task, but my colleagues did a good job of helping me. The informal aspect is also unique to Belnet: through a chat in the coffee corner and having lunch together in the afternoon, we get to know each other in a different way. The events that Belnet organises for its staff encourage the group atmosphere enormously. I also appreciate the opportunity for remote working, which had been part of Belnet's culture long before corona. Working from home every so often is relaxing and gives you extra energy.”

What advice you give to colleagues starting their career at Belnet?

Gerd: “New starters are often in awe. I would say: take your time, ask questions – the colleagues are very easy to talk to – and everything will work out well. Take the initiative yourself too. Do you want to brush up on something? Then be proactive – go and find a course.”

Fernando: “It's important that they're coming to Belnet to do something that interests and motivates them. Belnet offers a great many opportunities, even more than in the private sector. You can take training courses and learn something new every day. Take those chances!” 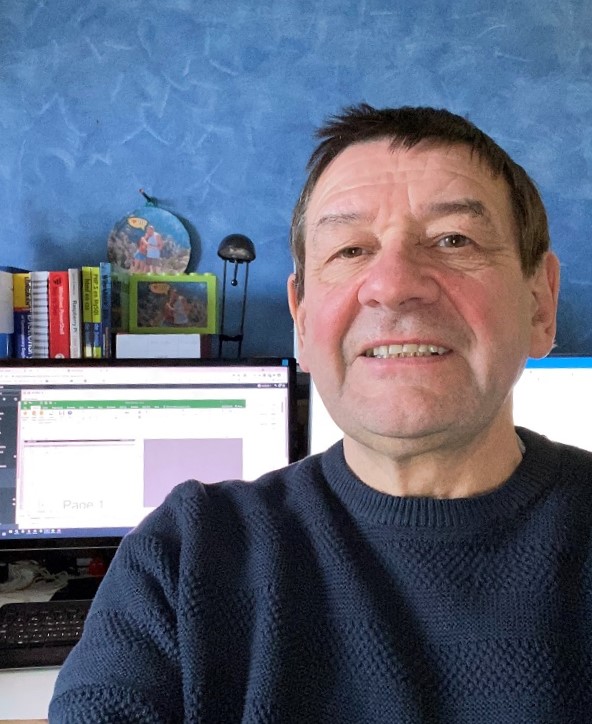 Last but not least: what are your plans for retirement?

Fernando: “I hope to be able to spend a bit more time on my hobbies: tennis and travel, as well as gardening and DIY. I can also see myself doing some voluntary work: themes such as animal welfare and the environment are very close to my heart. Finally, I love lifelong learning, so I'll undoubtedly still be taking some courses.”

Gerd: “I've been into fitness for more than 20 years. I'll definitely be carrying on with that once I've retired. I'm also going to keep working with computers and offering support to friends and family: they already know where to find me when they've got a computer problem. Beyond that, I hope to visit a lot of museums and go on a lot of city trips. And I'm looking forward to spending more time by the sea, where we have a studio apartment.”